In 2 games played in the 2020/21 Pro 14, Edinburgh have won zero and at the time of writing sit 5th in conference B, ahead of Benneton thanks only to one measly bonus point taken against Munster. Conference A doesn’t provide much confidence either as Ospreys sit in 5th place there but have a win and 4 points to their name. Without the big finish in either Europe or the Pro 14 last season, it seems that Edinburgh are on a downwards spiral right? Think again!

There’s an awful lot more to come from #alwaysedinburgh, so much that I’m going to fill a blog with it; just watch me.

Firstly, let’s look at our young players. The unexpected intermission ‘thanks to…that…’ didn’t exactly bring many new signings. With Jono Lance’s contract falling through, the retirement of John Barclay and the departure of a couple of others (including club centurion Dougie Fife) you could be forgiven for thinking that Edinburgh were going to struggle to fill these gaps but rather than moan about funds or wax lyrical about what could have been, Cockers’ response was ‘challenge accepted’.

We now have Charlie Shiel in his third season as a regular starter at 9 backed up by the unbelievable talent of Dan Nutton and Roan Frostwick who have stepped up to pro rugby incredibly well. When you realise that I haven’t mention Pygros or Groom, you’ll see what a good position we are in with scrum halves. There’s maybe still a slight gap in experience between Charlie and the seniors but in a season or two, he will hit the apex. We have one half-back Nathan Chamberlain filling the boots of either Jono Lance or Simon Hickey depending on how you look at it and no they’re not too big for him, especially when he pairs up with his Scotland junior teammates standing at 9.

Though I mentioned signings have been few, there is one that has made a huge impact already, Andrew Davidson. His work rate has been super human and I think the game time that he’s getting over in the East is doing a lot for his confidence. Expect a Scotland shirt on his back within 2 years.

Now, what about our seasoned squad? Well, there’s no drop in form anywhere I can see and even a return for the likes of Chris Dean who will want to put last season’s injury firmly behind him. Magnus Bradbury may be disappointed to miss out on Scotland selection but with Mata out and Nick Haining getting the call from Townsend, he will have a chance to shine. I think we’ll see a big return to form for him, showing us that stellar ball-carrying ability honed on the international sevens circuit (yes we remember that Magnus).

It seems a move to 15 is the golden ticket for Scotland call up with Damien Hoyland and Glasgow’s Huw Jones both back in the fold. Hoyland had a few caps at 15 last season but now it seems to be his starting position and I think he’s doing an incredible job, so much so that Kinghorn may have to watch his (full)back if he wants to retain his status as the number 1 choice. As a side note on full-backs, Gregor Townsend must be rubbing his hands with glee. Take 4 capped Scotland internationals all full-backs for their clubs in Hogg, Jones, Hoyland, and Kinghorn and you don’t just have 4 backs, you have arguably 4 fullbacks, 2 wingers, 2 fly halves (okay it’s a push I know) and a centre, oh and they could start at 15, 14, 13 and 11…just saying.

These players will be our Sunday Superstars and our Monday Mavericks come international time and that depth will come into its own in weeks few. I could go on about players but there’s hope elsewhere too. Our stadium looks like a stadium and is well on the way to completion. If you want to read more on that, check out my ‘Murrayfield McMurrayfield Face’ blog but the simple fact is that instead of highlighting who isn’t there (i.e. 74,000 Scotland fans) it will highlight who is, us! Okay it’s still nobody for now but even 30 coaching staff is close to 1% of capacity compared to just 0.03% of Murrayfield. The point is it’s a home and one we can build on.

Finally there’s Cockers. If ever there was a coach suited to the situation we find ourselves in it’s him. He has this ability to build a team out of what’s in front of him and make them a winning side. Edinburgh are a winning side and it’s largely thanks to the big man. He’s also signed an nice extension so he’ll be with us until he takes over as Scotland Head Coach after the 2023 World Cup. You heard it here first!

So no, there’s no dire straits, no downward spiral, no black hole for Edinburgh. All I see is a couple of hard-fought wins and a big season ahead. If you want proof just look at our challenge cup pool opponents Wasps. Falling apart less than 12 months ago and now resting up for their Gallagher Premiership Final. There’s a lot of rugby to play still and I can’t wait. Come on Edinburgh!

Thank you @godsmarksframing for doing such a great 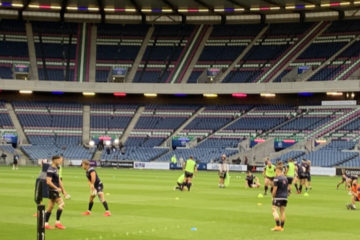 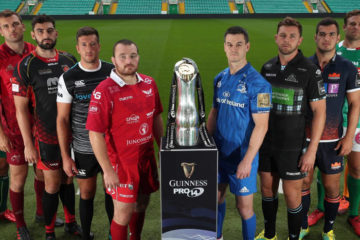 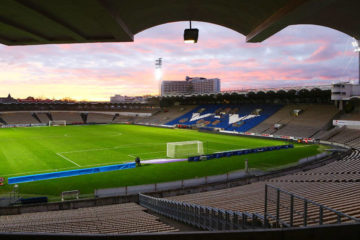