Time for a shirt sponsorship update. If you follow the Facebook page and read Nicola’s posts you will see we have collected enough money to sponsor 4 players’ shirts. The total keeps rising and we almost have enough to sponsor a 5th players’ shirt

On being told of the fans group shirt sponsorship here is what Pierre & George had to say.

That is one of the biggest honors and responsibilities for me ! A great privilege but also task ! One I will work fight and believe for and stand for !

Thank you so very much

Thanks Nicola. Really appreciate all the support and all what you do for the club! It means a lot.

I look forward to the announcement and thanks again.

The Admin team are happy to announce our third player this year is Jack Blain. We believe he has a bright future at Edinburgh Rugby and look forward to seeing some exciting rugby from him this season.

Player number 4 has already made an impact in his first few outings for the club and the Admin team are happy to announce that Andrew Davidson becomes our 4th player to have Edinburgh Rugby Fans Group as his shirt sponsor.

Davidson joined Edinburgh Rugby from Glasgow Warriors this season having spent 3 years playing for Newcastle Falcons. Due to injuries to some established locks and international duty calling others, Davidson has already been thrust into the first-team spotlight. He work rate in those games has been immense and we look forward to his further development this season.

Here is what Andrew said on the news that the group were sponsoring his shirt.

Really appreciate that you’re going to sponsor my jersey! Thanks so much to you and the rest of the supporters club!

As a group we almost have enough money raised to sponsor another shirt. For this choice another poll will appear in the Facebook page for you to make a choice.

How to get involved with the campaign

If you are interested in getting involved here is how you can join in.

Please contact Nicola to purchase tickets for your chance to win some fantastic prizes at the end of the season. The more money we raise, the more players’ shirts we can sponsor.

Tickets for the prize draw cost £2 each but there is no limit to the number of tickets you can purchase. Once payment is made you will be allocated your prize draw numbers.

Prizes confirmed for the prize draw already, are as follows:

Remember all the money raised goes to the club to help sustain it through these difficult times. Here is what the Clubs’ Managing Director had to say on hearing about our efforts.

Great work as always Nicola. We really need everyone’s support right now, whether through Castle Clubs, player sponsorship or supporting our sponsors etc. Sadly as no crowds continues it becomes more and more difficult to keep things going. The support from the Fan Group is massive! 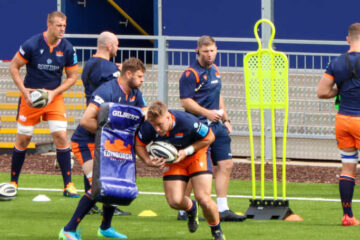 A word from Admin 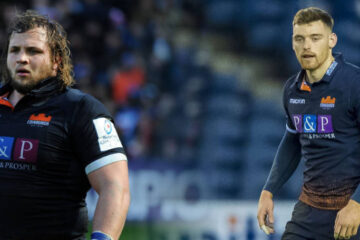 Following the success of our group sponsoring 3 player’s shirts in the season 2019/20 we decided to arrange sponsorship again for new season. By Nicola Garforth