Shirt Sponsorship for the Current Season

Following the success of our group sponsoring 3 players’ shirts last season, we decided to do it all again for season 2020/21.

After running a poll on our Facebook page and from all votes cast the clear winner was Pierre Schoeman. The Admin’s choice was debated and they were unanimous in choosing George Taylor as the second player’s shirt to sponsor this year.
Our third player this year will be a young up and coming player. At the time of writing this article the Admin team have still to decide on who that will be.

The response has been overwhelming, within 54 hours of announcing sponsorship of Pierre and George we had already raised enough money to sponsor both of their shirts and at time of writing this article are well on the way to having sponsorship money for our 3rd player.
Once we have achieved our target of sponsoring 3 players’ shirts we will continue to collect money to sponsor further squad members.

How to get involved

If you are interested in getting involved here is how you can join in.

Please contact Nicola to ask how to purchase tickets for your chance to win some fantastic prizes. This in turn will help the fans group sponsor more players’ shirts.

Tickets for our prize draw cost £2 each but there is no limit to the number of tickets you can purchase. Once payment is made you will be allocated your prize draw numbers
The prize draw will take place at the end of the season once the signed shirts have been collected.

Prizes confirmed for the prize draw are:

The number of prizes available will depend on how many players we ultimately sponsor.

And another sponsor player is added to our list. S

A Valentine for our one true love @edinburghrugby

Oops I missed posting Jack’s one 🙈

And the last few are done. Sponsor players artwork

In this post, we give you an update on this seasons' shirt sponsorship campaign and announce who we have chosen. By Darren Coutts 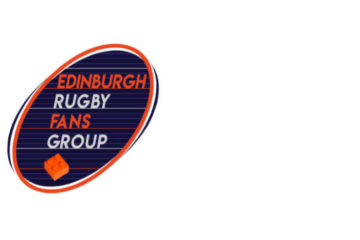 Edinburgh Rugby Fans Group are planning again on sponsoring players' shirts for the 20/21 season. Admin are asking members to have their say.